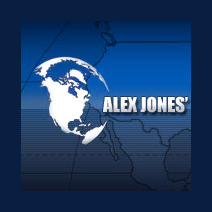 There's a war on for your mind!

InfoWars is a far-right radio station owned and managed by Alex Jones, a well-known TV and radio personality whose fame is intrinsically linked with several controversies in the course of its career.

The programming often revolves around conspiracy theories, with Jones skilfully blending rumor with facts. Due to the nature of the broadcasted content, the location of InfoWars' studios is unknown for security reasons.

The station operates under  Free Speech Systems LLC and its primary source of revenue comes from a wide variety of products and merchandising pitched by Jones on his radio and tv shows.