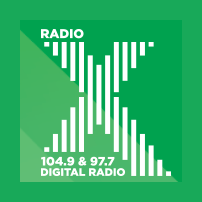 Get into the music

Flying On The Ground

Take Me To Church

All You Ever Wanted

She Bangs the Drums

Radio X is a United Kingdom commercial radio station that is owned by the Global media company. This station has employed a vast number of DJs that have became famous such as Ricky Gervais, Karl Pilkington, Stephen Merchant, Simon Pegg, Christian O'Connell, among many others.
Radio X was formerly known as Xfm, and it was created in London in 1992 by Sammy Jacob and Chris Parry. On 21 September 2015, Xfm was rebranded as Radio X. "Love Machine" by Girls Aloud was the first song aired by the rebranded Radio X. Since that date till today it continues to play alternative music, mainly indie rock.