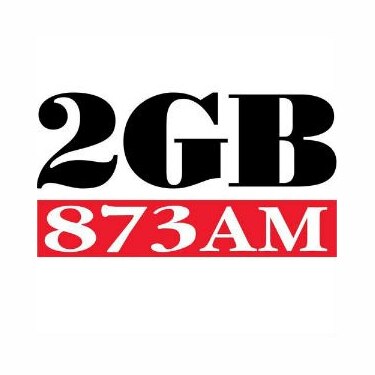 2GB is a commercial radio station broadcasting on 873 kHz, AM in Sydney, Australia. The station's first broadcast took place in 1926. Seven years later, in 1933 it had the world's largest transcribed record library at the time and it became the first Australian station to play transcription records. The number 2 of the callsign refers to the state of New South Wales, which postcodes also start with 2. The two letters GB refer to an AM station and were chosen in honour of the Italian philosopher Giordano Bruno. 2GB features a news talk format.