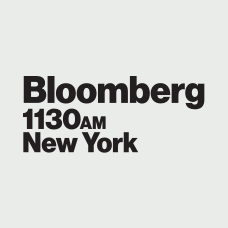 The World is Listening

Bloomberg 1130 (WBBR) is a radio station owned by Bloomberg L.P. that broadcasts to the New York metropolitan area using the frequency 1130 AM. It is also possible to listen live to its broadcast globally via online streaming.

It has a talk format, offering news and financial reports throughout the day as well as various informative talk shows that feature interviews and analysis with industry experts on business and the market.