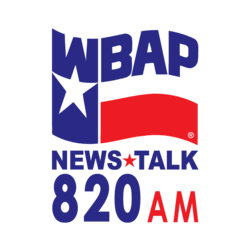 The News and Talk of Texas

WBAP is a Texas-based radio station where it broadcasts to the Dallas and Fort Worth areas on the frequencies 820 AM and 99.5 FM-HD2. It is also available via online live streaming worldwide.

WBAP is owned by Cumulus Media and assumes its conservative stance in its broadcasts. Its line-up includes popular syndicated shows like those of Rush Limbaugh and Mark Levin, as well as original talk shows and news reports with extensive coverage of local news, politics, and sports. Weather and traffics updates are also provided.